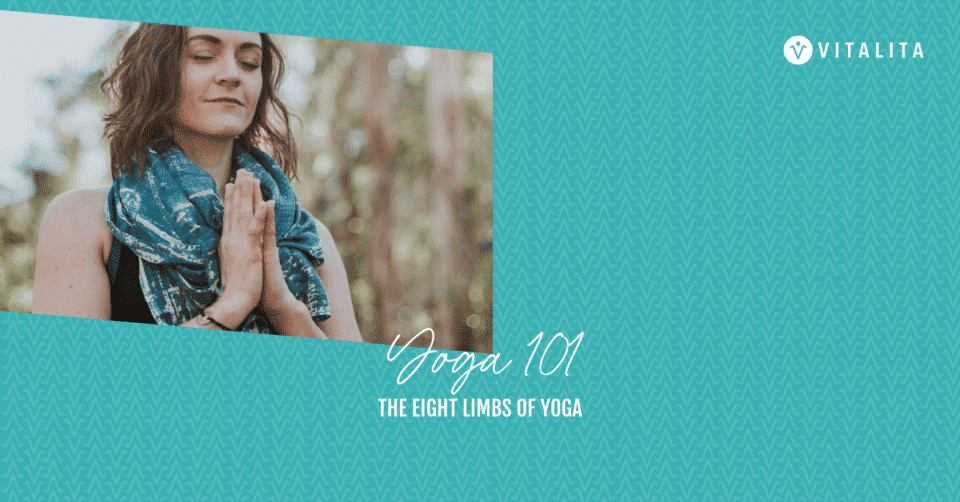 If Instagram is anything to go by, yoga is about expensive yoga pants and acrobatic poses. The yoga lifestyle you see online is a little one-dimensional (#yogalove #yogalife #yogainspiration #yogaeverywhere #yogaaddict #yogafam)

Do you detect a little cynicism?

An ancient and healing practice, yoga is so much more than the physical postures we are familiar with in the West. In fact, asana is just one of the eight limbs set out by Patanjali in The Yoga Sutras, an ancient yogic text. Let’s take a look at the eight limbs of yoga, also known as the Eight-Fold Path.

An introduction to the Eight Limbs of Yoga 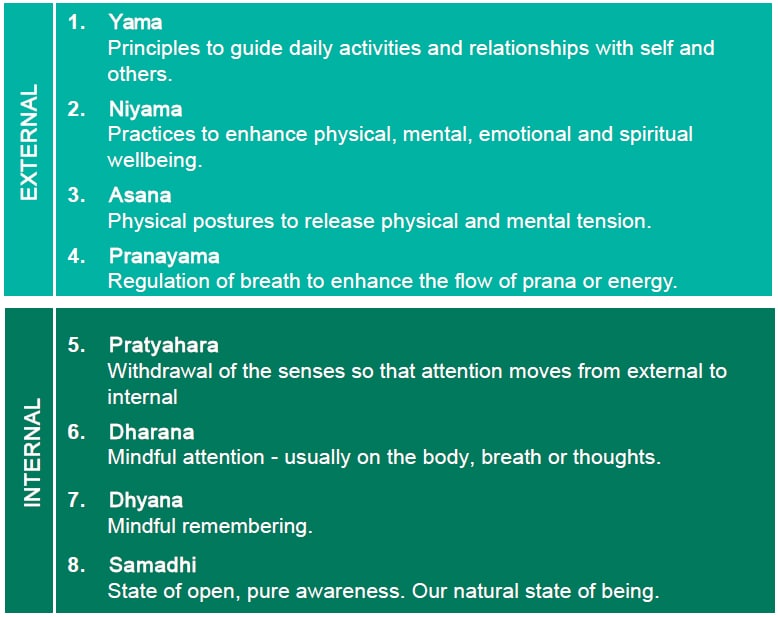 Although presented in list format, it isn’t really a linear path; there is overlap between some limbs and you don’t have to ‘master’ the first limb before you can move onto the second.  Being the practical gal I am, I prefer to see it as a toolbox rather than a series of steps.

First off the bat are the yamas and niyamas which can be likened to the ten commandments.

The yamas are universal principles to guide daily activities and relationships with yourself and those around you. They are:

Sometimes translated as ‘non-violence’, my preferred translation is love and compassion for all beings, including YOU.

This principle also extends to animals, which is why you find many yogis gravitate towards a plant-based lifestyle. Not ready to give up meat? No worries! Veganism certainly isn’t compulsory and you can demonstrate compassion in other ways, such as consuming less meat, fish and dairy; choosing local, ethical and sustainable produce; and buying only what you need.

Arguably, ahimsa is the most important principle because, if you treat all living beings as you yourself wish to be treated, the subsequent principles fall into place.

This is all about truthfulness and integrity in your words and actions. White lies, embellishment and gossip may seem fairly innocuous but they all affect someone… even if that’s just little old you.

Generosity and honesty. An obvious example is not taking something that doesn’t belong to you. On a more subtle level, it is about not stealing someone else’s ideas or wasting someone’s time.

This one prompts a lot of debate because it is technically referring to celibacy. However, most modern yogis don’t live a monastic life; we are householders with jobs, families and all the associated commitments. In this context, it is often defined as ‘moderation’.

At its core, aparigraha is about non-attachment. When we practice aparigraha, we abstain from greediness, hoarding, or possessing beyond our needs. Likewise, we hold our ideas, opinions and preferred ways of doing things lightly. It is not about being or apathetic or disinterested. Far from it. When we let go of something, someone or some expectation,
we create space in our lives for new energies to flow, and we find our way to our natural state of peacefulness.

What wants to come to us is so great. And what we hold onto is often so small. – Deborah Adele

Try it next time you roll out your mat. When you find yourself getting caught up in a story about a particular pose, notice your inner dialogue and see if you can observe the thoughts and feelings. Can you step away from the story?

That’s the yamas in a nutshell. The niyamas, on the other hand, are personal practices intended to enhance physical, mental, emotional and spiritual wellbeing. They are:

A clean body, a clean diet, clean surroundings and a clear mind, saucha is about cleanliness, inside and out. Marie Kondo would be beside herself!

Translated as ‘contentment’, santosha isn’t about the pursuit of happiness. It is about accepting and being content with what we have and where we are, even when things are challenging. As trite as it sounds, it’s about recognising that every situation happens for a reason.

Sadly this isn’t about moreish Spanish snacks but inner fire; you know, the self-discipline and determination required to become someone of character and strength. It is about showing up and practising, even when you don’t have time or you don’t feel like it. Next time you consider ditching the gym in favour of a night on the couch with Netflix and Uber Eats, call on that inner drive. That short-term sacrifice is going to pay dividends!

Studying the sacred yogic scriptures is just part of this principle. Svadhyaya is also about self-study and the process of becoming more aware of our deeply-engrained thoughts, attitudes and behaviours.

Devotion to the Divine is one interpretation but if that feels overly rigid or religious, then think of ishvara pranidhana as opening yourself up to the possibility that there is more to life than waking up, going to work and having a few beers on the weekend. Perhaps, you are part of something larger.

As you can see, these ethical principles are both practical and philosophical.  If you are intrigued and want to learn more, I recommend The Yamas & Niyamas by Deborah Adele.

Asana are the physical postures used to release tension in the body and focus the mind in preparation for meditation. Interestingly, in the Yoga Sutras, asana is mentioned only twice.

There is no mention of handstands or backbends. Just a comfortable seat for the purpose of meditation. Yet, in the west, asana is the most widely recognised and practised element of the yogic tradition. The postures we practise today have a much more contemporary history – stemming from callisthenics and gymnastics – and continue to change as our understanding of the body and biomechanics evolves.

Asana without awareness of the breath is merely exercise. That’s okay but you may be missing out on something more potent!

In vinyasa yoga, coordinating movement with breath awakens and enhances the flow of energy or prana through the body. Moving with the breath also:

There are also specific breathing exercises to regulate, slow or intensify the breath. Known as pranayama, these practices, help quiet the mind and enhance the flow of prana or energy through the body. The thing I love most about pranayama is that you don’t need to come to a class. You don’t need to wear special clothes. It can be done anywhere, anytime making it, arguably, the most powerful tool yoga has to offer.

Both asana and pranayama are very practical tools which reacquaint us with our bodies, prepare us for the stillness of meditation and serve as an introduction to the other more esoteric aspects of yoga. This is where most people begin their yoga journey!

I wear glasses all the time and have done so since I was about three years old. When I practise yoga, however, I remove my glasses and spend much of the class with my eyes closed, listening to the teacher’s instructions. I am in my own little world. It’s a wonderful place to be!

Unbeknown to me, I was practising what is referred to in yogic philosophy as pratyahara.

Every day we are bombarded by sights, sounds, smells. This constant stimulation can lead to sensory overload and feelings of overwhelm, anxiety and exhaustion. Removing some of that sensory stimulation, even for a short while, can feel like a massive relief. Moreover, this withdrawal of attention away from the outside world and bodily sensations is takes us from external to internal so we can connect with our inner wisdom.

The last three limbs are the hardest for me to describe for two reasons. First, they are more esoteric than the other limbs. Every book you pick up, every teacher you speak to, will have a slightly different way of articulating each concept. Second, the lines between them are blurry and I find it most helpful to think of them as all part of the experience of meditation.

Dharana is placing your attention on a single thing such as the body, breath, thoughts, an image or mantra. It is a helpful way to anchor your awareness in the present moment.

Dhyana is a meditative state in which there isn’t any real focus. Instead, the body and mind rest in stillness, silence and spaciousness. The effortlessness involved in this stage is sometimes described as ‘simply being’.

Samadhi is often described as supreme bliss or enlightenment which makes it seem really unattainable for us mere mortals.

My teacher, however, describes it as a moment of natural, open awareness. So, rather than being something you strive for, it’s just something you allow and, more often than not, it arises when you least expect it. You might be walking on the beach, gazing up at the stars, listening to a beautiful piece of music or creating art. In that moment you have a feeling of really being alive and part of something bigger.

As you can see, these are pretty big concepts and it’s easy to get tangled up so let yourself experience them with this short guided meditation.

So that’s it. The Eight-Fold Path for Dummies.

To be honest, I didn’t learn about the eight limbs of yoga until about five years into my yoga journey so please take this at your own pace. You may choose to dive in headfirst or you may focus on just one or two limbs initially.  I am not here to tell you that one way is right or wrong. You get to decide how much or how little you take on board. Let me know what resonates. 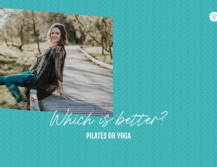 The one question I get asked again and again: Is yoga or Pilates better? In… 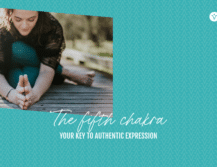 It took me five years to sing in front of my husband. Five whole years… 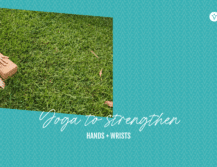 I envy people who look back on high school with nostalgia. Tainted by bullying, my… 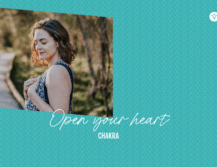 Before diving in to this post about the heart chakra, you may find it helpful… 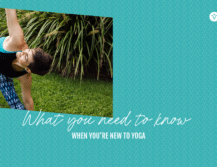 This is the year, you’re finally going to do it! Way to go! I remember… 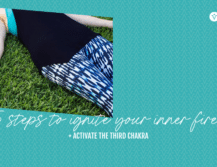 Before diving into this piece, I suggest reading my Introduction to the Chakras and posts about…